Lucy Travis traveled all the way to South Africa to be a Shlicha in the Summer Machaneh, but what did she learn in her time there?

When I was given the opportunity to go and take part in the machaneh of Habonim Dror Southern Africa, I was excited and apprehensive at the same time. Having just been a Shnat madricha for the previous 10 months for a group from HDSA, I couldn’t pass up on the opportunity to meet my chanichim in their home environment and with their home movement.

The task that lay before me was 4 weeks taking part in what has often been described as ‘the best machaneh in the world.’ I wanted to figure out if this was truly the case.

There were several faces to my shlichut. I was there as a shlav bet Madricha for my Shnat chanichim, as a representative of Dror Israel, as a former Rakezet Kaveret for previous Shnat schavot, a representative of the tsevet Mercaz hadracha of Habonim Dror and also charged with the task of being a madricha for the oldest chanichim on machaneh. The balance between these many faces of shlichut was a difficult task at times, but also allowed me to broaden my ability to affect the movement I was meeting. 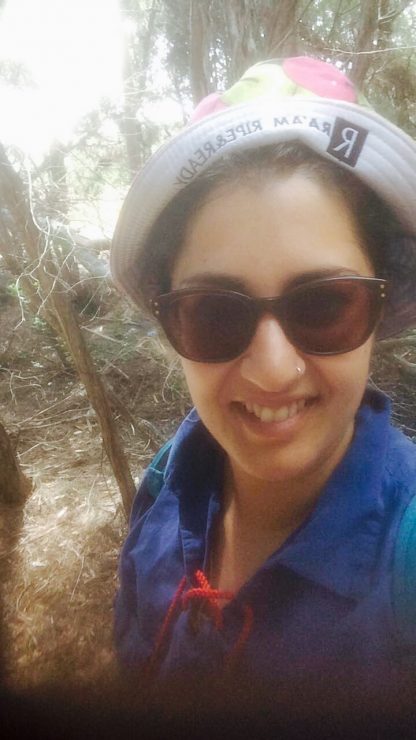 "The biggest thing I’ve taken away from this shlichut, apart from countless memories and new relationships, is the understanding that we do have the ability to dream and to realise anything we choose to. "

I didn't believe at the beginning of the shlichut, that in such a short space of time I would learn so much about the movement, the Jewish community and the place of Dror Israel and Hanoar Haoved in this story. I had the ability to bring to the chanichim an understanding about what NOAL is, why it's relevant to talk about and understand the youth movement and how it is directly related to their movement today. I gave a presentation about what it means to be a Habo activist in the world and used examples from Dror Israel such as ‘operation human warmth,’ the active involvement in leading the Summer 2011 social justice protests, and also the unionising of workers from numerous different companies. I ran peulot about the different elements of NOAL for the younger chanichim, and also related to it when running peulot about the Shnat programme. I felt these ideas and understandings were brought to the movement at just the time they needed it.

For the first time in its movements history, HDSA was using language with their chanichim and madrichim of ‘shivyon Erech haadam,’ ‘klaliyut’, ‘Manhig-shutaf,’ and it was obvious the impact it had not only on the chanichim but also the Bogrim body, who chose to act on these values through changing certain given structural realities in the movement. This came in the form of more partnership between people who chose to run for tafkidim together and a changing structure of the leadership body to allow for people without tafkidim to sit on the council.

By far the most exciting element of the shlichut was feeling a part of this movements change towards a positive future based on values such as shituf, Zionism and Judaism as well as hagshama. Their mazkira arrives shortly to Israel on an Aliyah flight, to join a kvutsah of Habonim Olim in Haifa. She will be the first to do so since the creation of the tnuat ha Bogrim of Habonim Dror nearly 20 years ago. This is a symbol of the changing times in the movement in South Africa. I sat there and looked around often and saw real partners, not just in the upbuilding of the movement of Habonim Dror Southern Africa, but in shaping the future reality of the Jewish People and the state of Israel. As one of the Bogrim repeatedly stated again and again over the course of Machaneh, having recently been reinvigorated to be an active member of this movement; ‘we are at the bottom of the hill on an uphill slope.’ This gives cause for excitement in anticipation of the future for this movement. 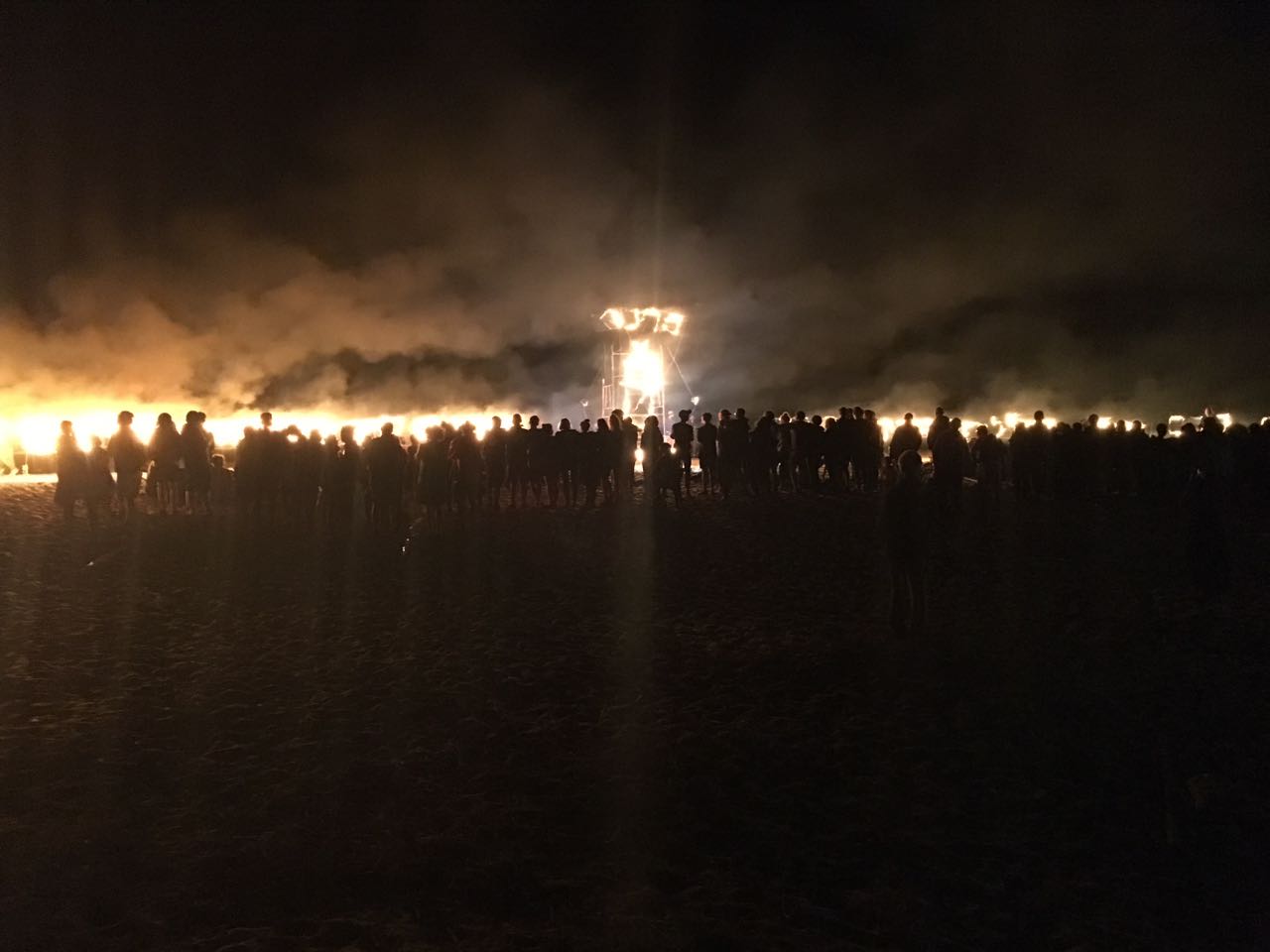 Mifkad esh – the last night of Machaneh, this year for the first time in years, the "Aliyah" fire writing was lit.

As I sit here writing this article, the members of HDSA are participating in their annual Veida and it promises to be one that will continue to shape the movement for decades to come; with proposals about feminism being added to their principles, redefining their relationship to Zionism and Hagshama, consecrating their relationship with Dror Israel etc. I hope this really is the start of a renewal for this movement on an ideological basis, and I am proud to have been there when it began. The biggest thing I’ve taken away from this shlichut, apart from countless memories and new relationships, is the understanding that we do have the ability to dream and to realise anything we choose to. And if we believe in it hard enough, others may start to believe it too!